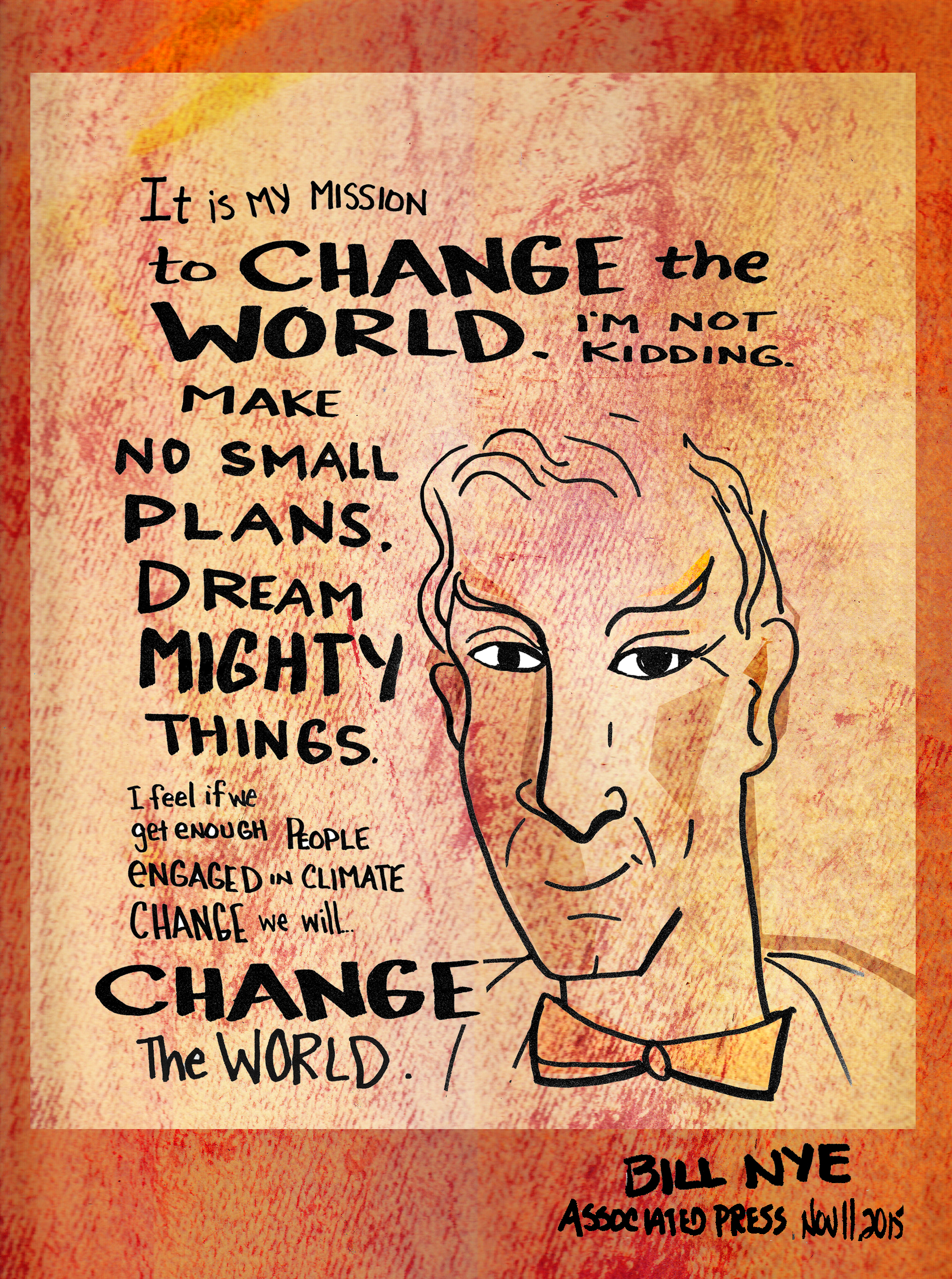 I am taking  a break from reading Unstoppable: Harnessing Science to Change the World so that I might draw a picture of the author.
So now i have a confession: I’ve been a climate change denier.
Clarification: I don’t deny that climate change exists.  I’ve just been in denial that I can do anything about it.
Until now. The Science Guy is reminding us that the most important thing many of us can do right now about climate change is to talk about climate change.
“We can be a lot smarter and more capable than a lot of the technology doubters and climate deniers assume. The people who dismiss concerns about global warming seem to be the pessimists who would rather give up than own up to the problems we have all created. The people who worry most about what we are doing to the planet are the optimists who believe we also have the intelligence—we, as a species, working together—to come up with powerful solutions to the problems we’re working on that will change the world for the better. Which way of looking at the world is going to produce a Next Greatest Generation? Will it be the ones who give up, or the ones who get going?”
― Bill Nye, Unstoppable: Harnessing Science to Change the World